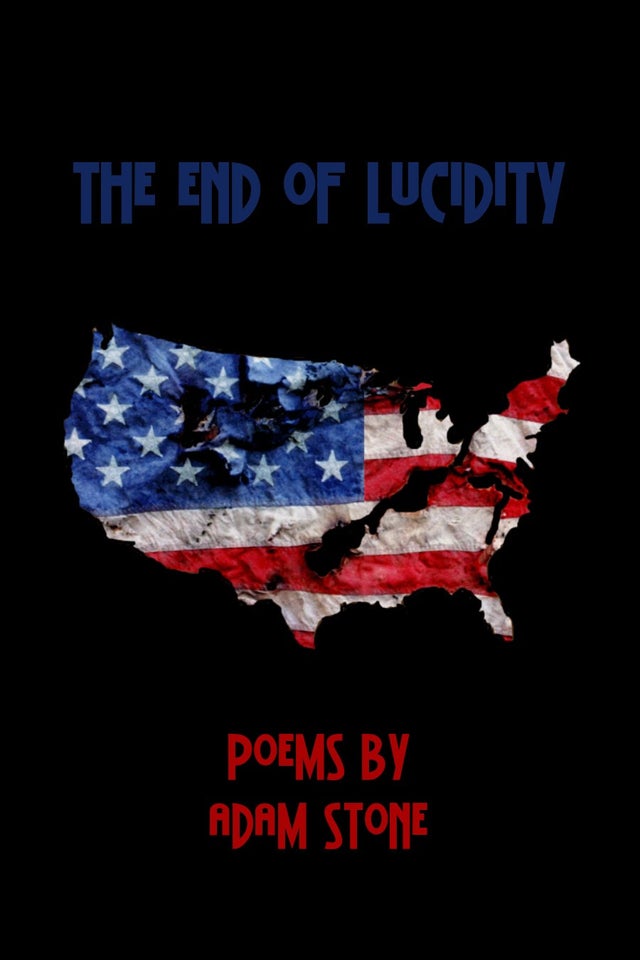 The End Of Lucidity is a 172 page merged combination of three collections of poetry by Adam Stone: Unnaceptable Times, a real time accounting of the 2016 election written from a basement in Cambridge, MA; Bad At Notes, a series of short poems about family, friends, gender, and politics originally written as part of a 24 hour writing project; and The Best Of Intentions, a collection of poems written in response to a series of poems Stone read between 2016 and 2018.